Help us kick off the New Year, January 5, 2011, with food and networking followed by this popular annual event moderated, this year, by industry blogger Daniel Nenni of Silicon Valley Blog. During this major industry event four corporate level executives will…

Pipers Mark the End of DAC 47

We are trying to get a group together for the next conference. We have priced out hotel, airfare, food, Medical Travel Insurance (do you guys think it is a good idea, even if some of the group members have Health Insurance?). There is much to consider with a group, but we are looking forward to the trip. Any other tips for bringing a… Continue

Everything Else has a Fan Club -- Why not DAC?

Excerpted from my article at the DAC eZine

Not always and not every day, but for the most part, I think it’s awesome! Like many others, I’ve thought about, planned, prepped, developed, worried about, practiced, demoed, spoken, networked and partied at the Design Automation Conference (DAC)… Continue

The Pipers Mark the End of DAC09

Can we afford for startups to wind down?

Next week, I am on a DAC financial panel "Can We Afford for Startups to Wind Down?" Here’s a preview of my position.

We can only afford for startups to wind down if -


Now, looking at the exponential increase in the design cost of semiconductors, it is foolish to…

Blogging from SFO: Escape from Alcatraz!

This blog is about the Design Automation Conference (DAC) being held in San Francisco and my famed attempts to escape from Alcatraz!

Blogging from SFO: Escape from Alcatraz! 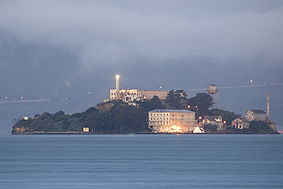 Whether you are a novice or a veteran in the world of social media, please join us in what is bound to be an exciting discussion at Conversation Central during this year’s DAC!

It will be the place to talk, listen, and exchange ideas about how social media is influencing the EDA industry. It will feature a new 30-minute discussion topic every hour beginning at 9:30am throughout the first three days of the event. Each session will be hosted by well-known EDA bloggers, including JL… Continue

Check out the EDA Consortium Official DAC Roadmap at: http://www.edac.org/events09/dac/newsletter.html.

Look at the short introduction on this exciting event on Thursday Noon at DAC!

DAC: A Standing Ovation for All …

Let’s give a standing ovation for all of the hard-working folks putting together DAC this year. Late July is a hellish time to be trying to mount a tech conference in one of the most expensive cities in the U.S. – particularly in the midst of the worst recession in decades.

If you’re on the Executive Committee (that‘s… Continue

As I mentioned in my first blog entry this will be my 26th DAC. Albuquerque New Mexico, my first, was certainly an interesting venue. I remember taking the tram to a DAC party on the Sandia Peak and watching EDA people do shots. The tram ride back down was even more entertaining. Flight school taught me better but quite a few of the EDA elite did not know: One shot of alcohol at 10,378 feet roughly equals four at sea level.....… 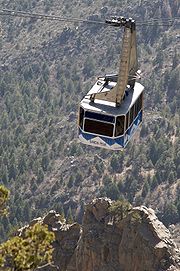 My first DAC was Minneapolis (1980 or 1981, I think). Wikipedia incorrectly lists Albuquerque (1984) as the first DAC with commercial exhibts, but I remember exhibits in Minneapolis, they just had a much shorter time open. Albuquerque was hillarious! The DAC main evening event was held outdoors at the Hilton and was to be food of the world served buffet style around the pool - and then it rained! Rain is obviously rare there, especially in June. So they moved everything indoors so you just… Continue

What are your favorite DAC memories?

What are your favorite DAC memories?

For me, a small selection:

- DAC34 Anaheim 1997. Stayed in the Disneyland hotel. Having a breakfast meeting in full business attire (suits & ties) in the hotel restaurant and we were descended upon by the whole cast of "Beauty and the Beast". Surreal! (and somewhat annoying!)

- Emailing a daily DAC report back to my co-workers at home using DACNet, whatever the first year was that there was a DACNet, before we all… Continue

You always remember your first DAC

My first DAC was DAC32, San Francisco Moscone Center, 1995. If you can remember this far back, this was when the main DAC conference party was cool, and there was no Denali party...

It was 2 years after I had finished my masters' degree, the first large conference I had been to. I was working for a small (30-person) startup in the UK.

We didn't know *anything* - one of the other guys had been a previous year, but that's all the experience we had. Things were a little more… Continue

Excerpted from The Standards Game:

"Again this year, Synopsys is sponsoring a standards booth at the Design Automation Conference. I bet you think I’m going to say it’s the best ever standards booth. It’s going to be great, for sure, with an impressive line-up of speakers (see below for details) and in-depth information about key industry standards. But I have to say, IMHO, that the best ever DAC… Continue

"The fact that the 46th annual Design Automation Conference (DAC) is coming up tells us that EDA has been around a lot longer than most people think. What were they talking about back in 1964, the first year for which proceedings are available? (This was technically the “second” DAC,… Continue

DAC is Like the Tour De France Cycling Race

I have been watching the Tour De France cycling race and it reminds me a lot about DAC. There is the mad sprint in the last weeks before the show to get the customer input and marketing ready. There is the massing of the exhibitors on Sunday with the EDAC and Gary Smith kick-off events. The well-known players are back this year, but the up and coming competitors will be on Smith's and Cooley "Must See" lists. Meetings are held to… Continue

Welcome to
The DAC Fan Club